If you’re at a stage in life when many of your friends are having children, or if you’re about to become a grandparent several times over, you could find yourself thrust into planning more than one baby shower. These soirees can get pricey if you don’t keep budget in mind from the moment you accept the role as host.

Fortunately, most baby showers are not expected to look like the over-the-top celebrity events that dominate news headlines. But you’ll still need to handle food, decorations and party favors, as well as finding a location to hold the event.

It is possible to plan a baby shower on a budget while still creating a beautiful and memorable event for the parents-to-be and their loved ones.

Here are four tips for budget baby showers that will be sure to impress your guests:

Latoya Scott shares money-saving tips on her personal finance blog Life and a Budget. She’s thrown four baby showers, two she volunteered for and two she was asked to plan. She’s never spent more than $200 on a baby shower.

Her number one tip before you begin to plan a baby shower on a budget is to set clear expectations with everyone involved.

“Most of the time, I’ve volunteered to host the shower because I love doing them,” she says. “In those cases, I ask a lot of questions about things they like and let them know upfront that I consider it to be fun trying to incorporate as many of their wishes and likes on a budget.”

When it came to the showers she was asked to plan, she wasn’t shy about telling the mothers-to-be that she needed to check her budget first to make sure she could afford to throw the parties. She returned to both with her $200 price point and asked if that was okay.

“Out of those two showers, one person agreed and the other person actually found someone who was willing to help me, and I didn’t mind at all,” she says.

Scott’s second piece of advice for those strategizing on how to throw a baby shower on a budget: Enlist your friends. That could mean setting up a co-hosting arrangement or assigning your friends different tasks.

Scott also suggests giving everyone involved a spending cap to ensure that you plan a baby shower on a budget. How she handles the spending cap depends on the group of friends involved, she says. Some friends use their money to cover their contribution, while others hand Scott cash to cover their share of logistics and let her plan away.

The exception is often food, since it’s usually more expensive than other ingredients to hosting a baby shower. In that case, Scott either has everyone pitch in for the cost of food or assigns the food to two different people instead of just one.

As for a location, Scott gets creative to plan a baby shower on a budget.

“I’ve been able to host showers at places for free because someone I knew lived in an apartment complex and I asked if they could use the apartment clubhouse,” she says.

She suggests local parks and recreation centers could also help plan a baby shower on a budget. Meeting rooms can often be rented for a flat fee or a three- to four-hour window, Scott says. If a few friends pitch in to cover that cost, that brings your personal expenses down.

3. Get creative with decor

Rather than buying disposable shower decorations, think long term for a tip for budget baby showers. That’s what Colleen Coughlin recommends. She is a clothing designer and founder of The Full Edit, a professional styling and organization company.

Coughlin recently planned a baby shower on a budget for a close friend and spent a whopping $0 on decorations. She made some of the decorations herself with materials she gathered from her clients. For example, she cut the letters for “BABY” out of a discarded silver sun protector for a car. Coughlin has also reused items from baby showers she has attended when she was determining how to throw a baby shower on a budget.

“I went to a baby shower shortly before organizing one where they were going to throw away all the decorations,” she says. “Since I knew I would be throwing a shower myself, I asked if I could take the decorations.”

One of Coughlin’s top tips for budget baby showers is to consider decorations that are gender neutral and can be reused, like those featuring orange, yellow and white. Coughlin suggests making a bunting banner out of bed sheets or old pillow cases you no longer use, then pinning or taping the bunting to the wall to decorate your hosting space.

4. Look around your house for party favors

When it comes to how to throw a baby shower on a budget, Coughlin could easily take home a gold medal. In addition to spending nothing on decorations for the baby shower she hosted, Coughlin also spent $0 on party favors for guests.

“You’d be surprised how many shower gifts are in your house already,” she says. “I gave away beauty products, plants and a Coach purse from a ‘The Full Edit’ client that I already had laying around. They loved it!”

For a party favor tip for budget baby showers, Coughlin points out that if you order makeup from certain companies, you may already have a collection of beauty samples you can use as party favors. If you happen to attend industry events for work, you may be able to use samples from swag bags as party favors. Coughlin is also not opposed to re-gifting items you don’t want to help plan a baby shower on a budget (exhibit A: that candle your distant cousin gave you for Christmas).

Plan a baby shower on a budget

As you can see from these tips for budget baby showers, with some creative thinking and a little help from friends, you and your loved ones can celebrate the miracle of life without going broke.

How to throw a bridal shower on a budget: A guide for the frugal host 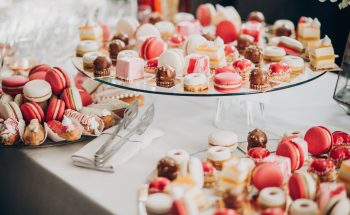 Happy birthday to you! How to create a meaningful birthday on your budget 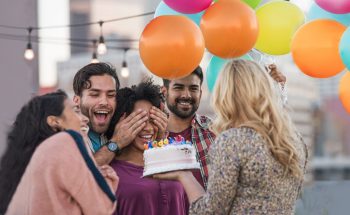