A bonus at work is not a sure thing. But landing one can be a great, great thing. Sometimes the only trouble is knowing what to do with your year-end bonus. Fancy new bag? Weekend getaway? Finally getting that emergency fund started? All smart uses for a year-end bonus, depending on your situation.

Employers increasingly rely on variable performance-based pay (additional compensation given for high performance), which accounted for nearly 13 percent of payroll in 2016, up from 7.5 percent in 1996, according to a survey by human resources firm Aon Hewitt. This type of compensation is often in place of salary increases. That means figuring out what to do with your year-end bonus is a question you may well have to answer as you succeed at work. Your best move is to plan in advance for any extra cash that could come your way.

Whether it’s a year-end perk or a recurring reward, here are some important ways to think about and use your bonus:

A work bonus is extra pay that an employee receives in addition to a salary and is typically awarded for successful individual or team performance. The timing of awarding bonuses and their structure can vary by industry, company and even department.

Before you can decide what to do with your year-end bonus, you’ll need to understand how and when people earn bonuses at your company and whether you are eligible to receive one, says Lance Cothern, founder of the financial blog Money Manifesto. While some employers pay bonuses to all employees when the company reaches its goals, other companies base the rewards on individual performance, or a combination of both. Your employee policy handbook should include this information, Cothern says. If not, consider asking your boss or someone from your human resources department for more information—including when bonuses are determined and paid out.

However bonuses work at your job, don’t count on one as part of your annual income. Bonus amounts can change from year to year, and sometimes they don’t happen at all.

“You don’t want to get yourself into a position where if you don’t get a bonus, you are in a financial tough spot,” says David Weliver, publisher of the independent financial site Money Under 30.

2. Remember that it’s not a lottery ticket

When deciding what to do with your year-end bonus, be careful not to treat it as if you won the lottery or got a prize that you weren’t expecting, Weliver says.

Turns out that people are more likely to spend money framed as a windfall (a large amount of money won or received unexpectedly) and to save money framed as a reimbursement, according to a study published in the Journal of Behavioral Decision Making. The bottom line? When money feels like an addition to your bank account, you’re more likely to feel like you can spend it. On the other hand, you’re more apt to hang onto money that feels like compensation.

To figure out what to do with your year-end bonus, “treat it as earned income,” Weliver says, “because it is. You worked for that bonus.”

After the Great Recession, the National Foundation for Credit Counseling popularized the phrase “frugal fatigue”—a tiredness over pinching pennies that’s still commonly felt by anyone on a budget. Smart uses for a year-end bonus can help alleviate some of this financial weariness.

People who feel “frugal fatigue” most strongly are the least likely to stick to good spending habits when their financial circumstances improve, Weliver says. Similarly, young people who are dealing with student loans and credit card balances and focused on getting out of debt as fast as possible can actually get burned out if they don’t treat themselves once in a while.

Enter: Your bonus. Smart uses for a year-end bonus may include spending some of it on yourself, some of it on bills and other financial obligations and some of it to save or pay off debt, Weliver says.

To start, “It’s a good idea to take between 10 to 25 percent of it and use that for yourself,” he says. “Positive reinforcement that you can enjoy a little bit of your money makes it possible to keep working hard.”

“You don’t want to get yourself into a position where if you don’t get a bonus, you are in a financial tough spot.”

After setting aside funds for a small treat, you can use the remainder of a work bonus as an opportunity to meet your larger financial goals.

Financial plans are extremely important when it comes to the best ways to spend your bonus, Cothern says.

“If you don’t have a plan for how you’d use your bonus money,” he says, “it usually ends up getting spent in small amounts here and there with nothing left to show for it.”

Although each person may spend his or her bonus differently, smart uses for a year-end bonus include paying off high-interest debt first, Weliver says. After paying down debt, consider creating an emergency fund with a few months of expenses in the bank, Cothern adds. Next, consider saving money for retirement or other big goals.

5. Spend and save thoughtfully

Even if you’re in good financial shape, one of the best ways to spend your bonus is in a thoughtful way, rather than spending it all at once on an impulse purchase, Weliver says.

“Whether it’s things or experiences, what brings you the greatest amount of happiness for the dollars you spend?” he says. “Make a conscious choice before you go out and spend.”

Smart uses for a year-end bonus may also include contributing to a long-term goal, like owning your own home, starting a business or jump-starting a child’s college education fund. When considering the best ways to spend your bonus, consider a donation to a favorite cause or charity, which can often be tax-deductible.

“If you don’t have a plan for how you’d use your bonus money, it usually ends up getting spent in small amounts here and there with nothing left to show for it.”

If you’re debating the best ways to spend your bonus, there may be some ideas from published research. At least one study suggests that money can indeed buy happiness—if you spend it on others. Sarah Gervais, an associate professor of psychology at the University of Nebraska-Lincoln, wrote that when researchers evaluate people’s happiness before and after spending a bonus, they find greater joy among those who use the money on others or donate it to charity.

The happiness occurs no matter how big the bonus is. “One reason for this phenomenon is that giving to others makes us feel good about ourselves,” she writes. 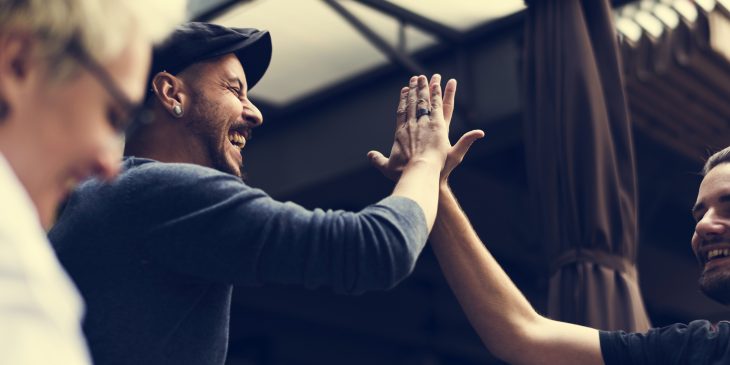 The research also shows that when people purchase experiences—such as taking a class or traveling—the resulting happiness increases over time. That’s likely because we tend to share experiences and memories with others, Gervais says. One way to maximize the happiness of spending a work bonus may be to purchase an experience and bring a friend along. You can even use your bonus to plan an experiential gift for your significant other.

7. Stick to your plan

When deciding what to do with your year-end bonus, the best plan is to have a plan. Whether you treat yourself, contribute to long-term financial goals, help others—or all of the above—thoughtful spending (and saving) is the best way to spend your bonus.

Related Article
4 Tricks for Budgeting on a Fluctuating Income

Everything You Need to Know About Budgeting As a Freelancer

Get 1% cashback on Debit from Discover. 1% cashback on up to $3000 in debit card purchases every month. Limitations apply. Excludes Money market accounts.Discover Bank,Member FDIC.Learn More

Step Up Your Savings Game With a CD Ladder

Want to build your nest egg while avoiding risky investments? Learn how with a CD ladder.

What You Need to Know to Pick a New Checking Account

How Should I Save If the Fed Cuts Rates?

It's not all bad news for savers in a lower interest rate environment. Here's why.*

3 Things to Do With Your Tax Refund

4 Ways to Prepare Your Finances for a Natural Disaster

What is Zero-Sum Budgeting and Can It Work for You?

How to Save Money by Going Zero Waste: A Guide for Beginners

Are You Making These 4 Common Budgeting Mistakes?

If these budgeting pitfalls sound familiar, there are steps you can take to get your finances back on track.

4 Tricks for Budgeting on a Fluctuating Income

Can't Stick to Your Budget? Your Checking Account Can Help

Happy Birthday to You! How to Create a Meaningful Birthday on Your Budget

What You Need to Know About Budgeting for Maternity Leave

How to Set Financial Goals—and Crush Them

Spend or Save Graduation Money? How New Grads Can Decide

Cash graduation gifts can get you started off on the right foot financially.

4 Pointers to Financially Prepare for a Job Transition

Teachers: How to Survive the Summer Paycheck Gap

The Magical Third Paycheck: 5 Budgeting Hacks If You're Paid Biweekly

Would your child benefit from a checking account? Check out these 4 tips to start them off on the right financial foot.

What You Need to Know About Budgeting for Maternity Leave

Say hello to
cash back on debit
card purchases.

No monthly fees.
No balance requirements.
No, really.

4 Smart Things to Do When You Get an Inheritance

5 Questions to Ask Before Repairing or Replacing an Appliance

Appliances on the fritz? Ask these questions before you call the repairman or head to the store.

How Much Should You Budget for Home Repairs?

Who's Covering the Paper Towels? How to Split Living Costs With Your Roommate

How to Throw a Bridal Shower on a Budget: A Guide for the Frugal Host

What Happens to Mortgage Rates When the Fed Cuts Rates?

IRAs: Save for a Secure Future

Don't Want to Give Up Your Avocado Toast? How Millennials Should Save for Retirement

View All Retirement Articles
Back To Top