Your child says she wants to learn to play soccer. You see it as a great opportunity for her to be physically active and build confidence. (And okay, maybe a small part of you is harboring dreams that she’ll become the sport’s next superstar.) You decide to sign her up for a local soccer league but there’s just one hitch: the cost.

According to the 2017 State of Play report published by the Aspen Institute, a nonprofit think tank, nearly 72 percent of children aged 6 to 12 played at least one team or individual sport in 2016. A survey conducted by the brokerage firm TD Ameritrade found that in 2016, the typical sports parent spent between $100 and $499 per month, per child, on elite youth athletics. Dishing out more than $1,000 per month, per child, is not unheard of, according to the study.

With costs that high, you may be wondering how to afford youth sports on a budget, or if it’s even possible. It is, if you are prepared. Having a game plan for spending can keep kids’ sports from draining your budget.

Consider these five tips if you’re wondering how to afford youth sports without going broke:

Playing a sport involves a commitment of both time and money, which can end up being wasted if it turns out to be the wrong fit for your child. Amy Boyington, a mother of two and founder of The Work at Home Mom, a blog focused on helping moms balance career and family, imposes a simple rule when her children express interest in something new.

“I let each of my children try whatever sport they want, but with one condition: They’ll try a budget-friendly version first,” Boyington says.

For example, her son recently wanted to give basketball a go. After researching local options, including the YMCA league, Boyington signed him up for a low-cost program sponsored and run by a local family. For a $25 fee, her son received a t-shirt, basketball, jump rope for training and eight weeks of instruction in basketball basics.

Compared to the $50 YMCA fee Boyington would be charged as a non-member, she felt the family-run league offered more for the cost and was better suited to testing out the court. And it’s well below the $1,143 per year a 2017 TIME magazine story reported parents spend on average to keep their kids active in basketball. The article bases that figure on survey data collected by researchers at Utah State University, including a 2016 study, which found that families spend an average of $2,292 per year on their children’s sports participation.

If you have beginning athletes, finding cost-effective leagues and practices is a great solution for how to afford kids sports without going broke, while still giving them the freedom to explore new things.

Ground rules about how many sports children can play are necessary to keep kids’ sports from draining your budget. That’s especially true if their interests or abilities tend to veer toward pricier activities. The TIME report’s analysis of the Utah State data points to lacrosse, hockey and baseball as being among the most expensive youth sports. Mark Aselstine, an El Cerrito, California-based father of two, limits his children to one sport per season, which has been crucial for saving money.

In the Bay Area, where his family lives, baseball registration fees for their local Little League can range from $125 to $225, based on the child’s age. That doesn’t include a $100 required deposit, or an additional $25 fee for late registration. You can see how the costs for just one sport can add up, especially considering that uniforms, practice equipment and travel expenses are extras that Aselstine has to account for. Since he’s focused on how to afford youth sports on a budget, he says he’d only consider making an exception for a second sport if it’s something his kids can do without paying a fee, such as tennis lessons included in their after-school program.

Boyington has adopted a similar policy for how to afford youth sports on a budget. As a result, she reaps more than just a money-saving benefit. Limiting her children to one sport at a time eliminates the stress of trying to make it to every practice and game. More importantly, “it gives my kids a chance to really involve themselves in that sport, giving it their full dedication for the season,” she says.

If you’re trying to keep kids’ sports from draining your budget and your child excels at more than one activity, you’ll have to decide how to accommodate that in your budget. If they’re enjoying sports played during different seasons, you can still keep the focus (and budget) on just one at a time. When sports run concurrently, you may choose to prioritize the one they’re most interested in or that’s least expensive. If they’re going to be involved in more than one sport at a time, choosing the lowest-cost leagues or programs could be a good option.

If how to afford youth sports on a budget is top-of-mind, get a complete breakdown of the costs before signing up so you can plan your budget in advance. That includes what you’ll pay for registration fees, uniforms and equipment, as well as extras like team photos. Boyington suggests looking for cost-cutting opportunities once you get a complete list of expenses.

“I’m not afraid to ask about things I can go the cheap route on,” she says, “like parts of the uniform that I might be able to purchase a budget brand for instead of the name brand.”

Taking advantage of early registration discounts is another way to keep kids’ sports from draining your budget. It may seem like small savings, but it’s money that can be set aside to use for other sports-related costs.

How to afford youth sports without going broke could come down to the items that are needed to participate. In the TD Ameritrade survey, 44 percent of parents said equipment was the major expense associated with their child’s sports. Twenty-six percent cited the cost of uniforms.

Consider baseball, which ranks as one of the most popular youth sports, according to the Aspen Institute. A complete youth catcher’s kit—including helmet, chest protector and shin guards—can run as much as $350, according to the retailer BaseballMonkey.com. Bats can easily land in a similar price range, and cleats can add another $10 to $60 to the total. It may seem difficult to keep kids’ sports from draining your budget when you still have to consider the cost of the standard game uniform, gloves, hats, practice gear and a bag to hold everything.

When the question is how to afford youth sports without going broke, the answer may be buying used as often as possible. But, Boyington cautions, some leagues won’t allow you to substitute used uniforms or equipment for new ones. In that scenario, she recommends seeking out leagues such as those run by the parks and rec department, a local church or families—like the one her son participated in—that have more flexible rules about used equipment.

“These leagues understand people like me who want to get their kids involved in activities in the community,” she says, “but can’t afford to spend thousands of dollars every year to do so.”

These types of programs can also yield additional savings if you’re able to get a fee waiver or a discount on equipment and uniforms by volunteering as a coach or team parent. Other alternatives to buying new if you’re trying to figure out how to afford youth sports on a budget include renting equipment or participating in fundraisers to help pay for uniform costs.

“Our soccer league has an awesome barter system the first day of sign-ups,” he says. “Bring a set of cleats, take a set of cleats. The same goes for uniforms.”

Aselstine estimates that the swap saves his family $100 per season on equipment and uniforms.

“I let each of my children try whatever sport they want, but with one condition: They’ll try a budget-friendly version first.”

Investing big bucks in an elite or travel team requires some serious thought, especially if how to afford youth sports without going broke is a concern. Boyington says she would only allow her children to play if they’ve been involved steadily in the sport for several years, and they’re old enough to contribute in some way to the cost with a part-time job.

Before allocating a large part of your sports budget to an elite sport, consider what the benefit is to your child and whether the costs are justified. In the TD Ameritrade survey, for instance, 54 percent of parents said they were hopeful that elite play could lead to an athletic scholarship, and 42 percent hoped their child would eventually go on to play at the Olympic or professional level. The percentage of parents of former players whose children actually got a scholarship, turned pro or became an Olympian was much lower, however.

Weighing the probability of future play, alongside the cost and your child’s long-term interests, can help you decide what’s reasonable to invest to keep kids’ sports from draining your budget. 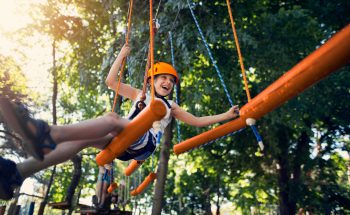 How to Keep Your Kids Busy on a Budget: 5 Year-Round Tips 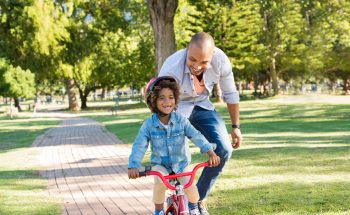 Get 1% cashback on Debit from Discover. 1% cashback on up to $3000 in debit card purchases every month. Limitations apply. Excludes Money market accounts.Discover Bank,Member FDIC.Learn More