Whether you’re just entering the workforce and kick-starting your retirement savings or cruising toward the finish line and retirement bliss, making the wrong financial move could have a big impact on your future plans.

Just ask Sharon Marchisello. When she was in her twenties, she made a significant retirement savings mistake. She was a social worker for the state of Texas and resented the fact that part of her monthly paycheck went toward the state’s retirement fund. She thought retirement was too far off for her to worry about.

“I quit that job after only two years,” she says, “and since I was not yet vested in the plan, my retirement contributions were returned to me when I left. I promptly spent them on something else.”

That retirement savings mistake meant that Marchisello, now 64, would have to put away more money later in life for her retirement, since she didn’t benefit from compound interest growing her savings throughout her 20s. She was able to recover from that misstep by saving aggressively and consistently later on. She contributed 15 percent of her income to an individual retirement account (IRA) each year and later maxed out all of her potential contributions to her company’s 401(k). Marchisello now manages a blog to ensure others don’t fumble their retirement planning the way she did—whether in their 20s or at any other age.

Marchisello isn’t the only one to make a retirement savings mistake in her 20s. Ian Atkins, 32, an analyst and staff writer for an online publication with experience in personal finance, also made some retirement planning mistakes. He thought saving for retirement was something people did once they checked off all the other things on the journey to becoming a financial “grown-up,” like buying a car and a home.

“This meant that saving for retirement was dependent not on my income,” he says, “but on some ever-shifting idea of what ‘grown-up’ would look like.”

This retirement planning mistake is something Marchisello sees all of the time among 20-somethings. Some, she believes, aren’t focused on saving for retirement because they are determined to pay off student loans and start a family first. While certainly important priorities for many at this point in life, so too is allowing as much time as possible for your retirement fund to grow.

“The earlier you start, the easier it is to build a sizable nest egg,” she says.

Many millennials may not be signing up for their company’s 401(k) plans when they aren’t auto-enrolled, and some may not be contributing the recommended percentage of their income to the plan. Not contributing to your 401(k) in your twenties might also mean that you miss out on matching money from your employer. Many millennials may also not be fully taking advantage of their company’s matching contributions. Add this to your list of retirement savings mistakes to avoid. Why turn down matching money?

While you might feel older, wiser and more mature when you hit your 30s, you may still be making some retirement planning mistakes.

Atkins thinks the biggest retirement savings mistake made by people in their 30s is contributing just a small amount toward their retirement.

“They think if they are making some contributions to a 401(k), they’re fine,” he says. But, depending on your retirement dreams and the amount that you’re contributing, that might not be enough.

To stay clear of this retirement savings mistake, Atkins suggests maxing out your 401(k) contributions. For the 2022 tax year, the IRS set a $20,500 maximum 401(k) contribution limit (those 50 and older are eligible for catch-up contributions of an additional $6,500). You can also consider looking into other savings vehicles that offer tax incentives. Those could include IRAs and a health savings account (HSA), which allow you to put away pre-tax money.

Another retirement savings mistake to avoid is being too conservative in your investment strategy in your 30s. Many people see this as a time when you can take more investment chances in order to benefit from the increased growth potential of riskier stocks.

“When you’re in your 30s,” Marchisello says, “you still have many years ahead to recover from market downturns.”

People in their 40s and 50s who have fallen behind on their retirement savings often make the retirement savings mistake of letting their worries get the best of them, Atkins says. Rather than starting early with a slow, consistent and reliable approach to saving for retirement, they become desperate to catch up. Like the hare that sprints to catch up to the tortoise at the end of the race after procrastinating for most of it, some may run out of time.

Marchisello agrees. “People in their 40s and 50s,” she says, “might try to take shortcuts and invest too aggressively to make up for not having saved enough.”

But as you age, you have less time to correct for market downturns. So, if you use an aggressive strategy, you could risk losing savings without the chance for recovery. Instead, this is the period during which you might want to consider slowly shifting your assets into more conservative investments, Marchisello says.

Other retirement savings mistakes to avoid include going into too much debt, either by taking on student loans for children or an outsized mortgage, or taking money out of retirement accounts to pay for major expenses like children’s weddings, college, unexpected bills and renovations projects. This may trigger early withdrawal penalties and taxes and could diminish your retirement account’s value, even if you pay the amount back. That’s because you will have missed out, again, on the compound interest the money you withdrew might have earned.

“This setback could erase much of their effort,” Marchisello says.

One of the biggest retirement savings mistakes to avoid in your 60s? Marchisello often sees people file for Social Security as soon as they’re eligible to start receiving retirement benefits at age 62.

“You’re better off waiting until you reach full retirement age,” she says, “because your benefit checks will be larger. If you can wait until age 70, even better.” According to the Social Security Administration, in 2022, full retirement age for those born between 1943 and 1954 is 66.

Meanwhile, a common retirement savings mistake that Atkins sees people in their 60s make is not cutting back on their expenses as they get ready for retirement.

“Adjusting your living expenses to better align with your available savings,” says Atkins, “is not something that should be ignored.”

He suggests that you consider more drastic moves like downsizing to a smaller house or moving to a place with a lower cost of living. But, if you can’t—or don’t want to—do that then it’s important to reduce other expenses. That might mean cutting back on travel, getting rid of a second car or decreasing how much you spend on dining out and entertainment.

“The realization that you need to make changes in order to enjoy a comfortable retirement actually puts you ahead of most folks. Now it’s time for you to steadily build on that lead.”

You can recover from retirement planning mistakes

Even if you’ve made one or more retirement planning mistakes, it’s important to know that it’s not the end of the world. After all, Marchisello was able to recover from her missteps and now says she has enough to cover her daily expenses and any medical problems she may encounter. She’s also able to travel throughout her retirement.

If you do find yourself behind, Atkins believes you shouldn’t spend your time worrying.

“The realization that you need to make changes in order to enjoy a comfortable retirement actually puts you ahead of most folks,” he says. “Now it’s time for you to steadily build on that lead.”

You can do that by starting to save immediately, or by putting a larger percentage of your salary in your retirement accounts.

Attention, parents: How to protect your retirement savings from a recession 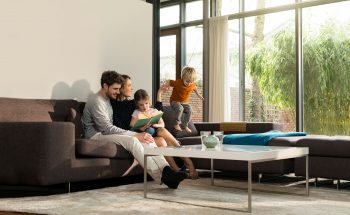 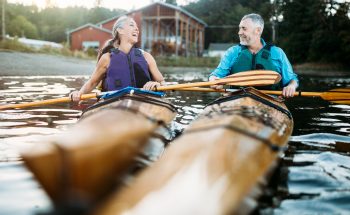