So you don’t have a money tree planted in the backyard, and you’re not sitting comfortably and carefree, cool drink in hand, watching that money grow. Instead, you’ve got to work and earn and actively manage your money in order to build the nest egg that will eventually let you enjoy that backyard moment with ease. Alas…

Still, there is one way to earn money with your savings without making a risky financial move. It’s called a CD ladder, and it may be as close as you can get to watching that backyard money tree grow. Using a CD ladder, you can earn a predictable return on your savings and take advantage of potentially higher interest rates as you climb the ladder’s rungs.

When considering a certificate of deposit (or CD) as a savings vehicle, two risks often come up: The risk that you’ll need the money when it’s locked up (liquidity risk) and the risk that interest rates will rise and leave your savings tied up in a CD earning below-market returns (interest-rate risk). But if you create a CD ladder, you may be able to mitigate both of these risks.

A CD ladder is a series of CDs that are set to mature (complete their term) at regular intervals. “It’s easy to set up,” says Jonda Lowe, president of financial services firm JondaKnows in Huntington, West Virginia.

Lowe gives an example of how to build a five-year CD ladder with five $20,000 CDs. Initially, the ladder would look like this:

Each year one of the above CDs will mature, and at that point you can either withdraw the money or put it into a new five-year CD. The second option keeps the CD ladder going so the money continues to earn interest.

If you build a CD ladder modeled from Lowe’s and open new 60-month CDs as the original CDs mature, after four years your ladder will consist of five, five-year CDs. This is the sweet spot: You are earning the higher interest rates common to longer-term CDs but with regular access to your money, and you are positioned to take advantage of higher interest rates every year (if they’re available) as you open new CDs.

To that point, William Stack, owner of Stack Financial Services LLC in Salem, Missouri, says that CD ladders can be particularly advantageous in a rising interest rate environment. “By breaking large CDs into smaller ones maturing at different times, you can earn progressively higher interest rates as CDs mature,” he says.

How to build a CD ladder

It’s not particularly difficult to build a CD ladder. You may be able to do it on your own by opening CDs of varying terms. Many banks even let you complete the process online. If you need additional help, a banker or broker may be able to create a CD ladder for you.

To design your ladder, you’ll have to decide on the overall length of your ladder (or the duration of the longest-term CD) and the length of time between each CD’s maturity date.

While staggering maturity dates by one year is common (as modeled in the scenario above), you could set your CDs to mature at intervals of your choosing—every six months or two years, for example. Regardless of the length, when you create a CD ladder you’ll initially have to purchase shorter-term CDs, such as those with one- or two-year terms.

If you don’t expect to need the money on short notice, a less frequent maturity cycle could be appropriate when you create your CD ladder. However, if you need a portion of the money quickly (let’s say that a financial emergency hits), shorter maturity intervals would give you more frequent access to some of the funds and could spare you from an early withdrawal penalty.

“By breaking large CDs into smaller ones maturing at different times, you can earn progressively higher interest rates as CDs mature.”

Create a CD ladder to meet your goals

One of the great things about CD ladders is that they can come in all shapes and sizes. You can adjust the length, or term, of the CD ladder and the frequency by which it matures to match your financial goals, like building up your emergency savings or prepping for a big-ticket purchase.

You can use a CD ladder as an emergency fund by structuring it to mature in monthly increments and putting an average month’s expenses in each CD. You can reopen CDs as they mature, or the bank may be able to automatically open them for you. Hopefully, emergencies rarely arise. But when one does, you’ll have a steady stream of maturing CDs to cover your expenses. That said, even if you use a CD ladder to save for emergencies, it may be worth setting aside at least a portion of your emergency stash in a checking account or savings account for quick access.

Your approach may be different when creating a CD ladder for a specific purchase. Perhaps you’re planning on buying a car in five years but you are not comfortable locking up all of your new-car savings for 60 months. You could build a CD ladder in the same way you would for more general savings outlined above, but when your CDs mature, you wouldn’t reopen five-year CDs. Instead, you would open CDs that mature within your savings time frame. If you are still four years away from the new set of wheels, for example, your new CD could have a 48-month term. If you are three years out, 36 months, and so on.

You could also create a CD ladder to help cover college expenses and time it so that a CD will mature at the start of each semester or school year. Or, as your child nears college—perhaps three or five years out—you could build a CD ladder to help keep their education fund growing and secure.

Grow into your future.

Our fixed rate CDs help you save for what's next.

Lowe seconds this opinion. “When rates are expected to stall or drop, CD ladders can cost you money,” she says. In this scenario, each time one of your CDs matures and you put your funds back into a CD, you could be locking in a lower interest rate.

A certificate of deposit can be a dependable financial tool that may work well if you’re looking for a low-risk way to save your money and earn a predictable return. However, locking your money up could mean taking on liquidity and interest-rate risk. Building a CD ladder can help boost your returns while limiting the potential drawbacks. So, while your fabled money tree is (sadly) unlikely to ever materialize, growing your money with a CD ladder is about as good a trade-off as they come. 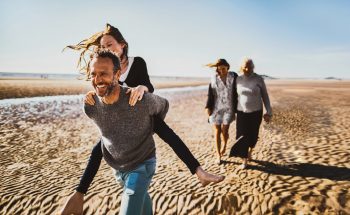 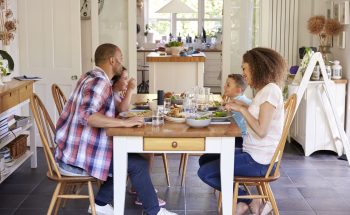 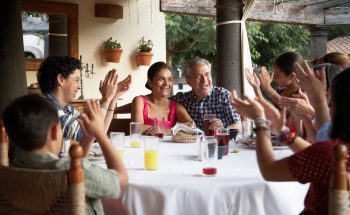