Maybe you've just graduated and are searching for your first job or maybe you're looking to take your career to the next level. No matter where you are in your career — networking is critical to help you level up.

"Networking is important because we cannot build businesses and careers in silos," says Melissa D. White, founder of The Activation Hour, a consulting firm based in Atlanta that provides sales and marketing training and personal coaching. "I did not fully see growth in my corporate career or in my business until I stepped from behind the desk to engage with others and build mutual relationships of shared knowledge and resources."

White believes there are three 'Rs' when it comes to networking — relationships, resources and reciprocity. She says that she's seen millennials struggle with each of those basics. "Successful networking is an acquired skill," she says, explaining that there is a need for more networking advice.

Luckily, networking is easy to learn. Here are some networking tips to help you up your game:

A lot of people make the mistake of only thinking about how they can meet their own needs while networking. But networking is just as much about helping others as it is about finding ways to boost your career. That's why White believes one of the most important networking tips is to focus first on connecting with the people you meet and listening to them.

"Engage in genuine conversation to discover mutual interest before shoving a business card in someone's face," she says. "Honestly, it's offensive when someone gives me their entire spiel and presents a card if I haven't expressed any real interest."

Not sure what to talk about? White suggests you ask an ice breaking questions like what potential challenges the person is facing in their industry or career at the moment or what brought them to the event.

"If you are not sure how to jog a conversation and break the ice, lead with an open-ended question," she says. "If you listen long enough, people will tell you who they are and what they need."

Jenny Powers, the founder of a Brooklyn-based networking group for women called Running With Heels, often gives networking advice to those nervous about it and suggests that you listen actively.

"Avoid scanning the room for other people to talk to or checking your phone or watch," she says. "These are all turn-offs and indicate you're merely passing the time until something better comes along."

Her best networking tips are to prepare if you typically feel shy or uncomfortable at events by reading the news or to wear something that could be a conversation starter. "Wearing something in a bright color — a statement necklace or fun tie — can act as an ice breaker," she says.

So, you went to a networking event and met some interesting people — what do you do next? Following up after a networking event can seem tricky and delicate. You don't want to ask for too much of someone's time or phrase your email the wrong way.

White's networking advice is that you stop worrying. If you genuinely connected with someone, they will welcome your email or call.

"What impresses me the most are people whom I meet at events who say they will reach out to schedule a follow up coffee meeting or schedule a chat to reconnect after networking, and they really do it," she said.

She suggests that sooner is better than later when it comes to following up — whether scheduling a coffee date, sending an article, or booking a phone call. She also cautions against feeling discouraged if you don't get a reply.

"Don't be so easily discouraged if you made a great connection with a potential contact at an event and they don't call," she said. "The ball may be in your court to simply send an email or pick up the phone to re-engage."

Think that networking is just mixers and events? Paige Arnof-Fenn, CEO of the marketing consulting firm Mavens & Moguls based in Cambridge, Massachusetts, believes that you might get further in your industry by networking online.

"You can be active online on blogs, LinkedIn groups, and other sites," she said. "You can build a reputation online as an expert or as a witty member of the group that way.

"White's best advice for networking is to use hashtags that are relevant to your industry and influencers in your field on social media. That way people can find your account, read your tweets, and follow you, all of which helps you make connections and network. She also thinks you can find non-traditional places to network — such as community service events, co-working spaces, and local coffee shops. Powers offers similar networking advice.

"Every time you leave the house is a potential opportunity to network," she says, "the gym, the dog park, a co-working space, a birthday party, any place there are other people."

You've done some networking, but you still feel like you're not good at it, so how can you improve?

If you feel you need extra support, things like public speaking training or career coaches might also help. Arnof-Fenn believes that practice makes perfect. She suggests you go to lower stakes events outside your industry to network so that you can get a hang of it and build your confidence. Start with alumni chapters, meet-up groups, book clubs, a cooking class, or other local outings.

"Start with things that you enjoy personally or professionally that will attract like-minded people who share your interests. You will have lots to talk about," she says. "Then the larger industry events will be easier to manage."

What Makes Someone a Successful Networker?

What does successful networking look like? White believes that the best networking is not about ending up with the most business cards or LinkedIn connections.

"A successful networker is not determined by the number of contacts, but the quality of relationships built," says White. "If you leave a networking event with three high quality contacts with aligned availability, missions and mutual interest in engaging and supporting one another, then it was well worth the investment of your time." 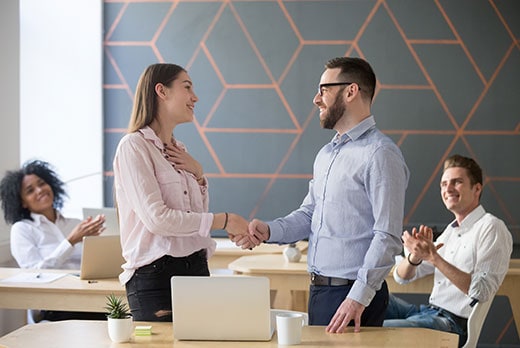 A Guide to Landing Your First Job

Most recent college graduates have experience with internships and part-time jobs. However, there's plenty to learn when seeking your first job after college. Read tips from Discover Student Loans for getting a job after graduating. 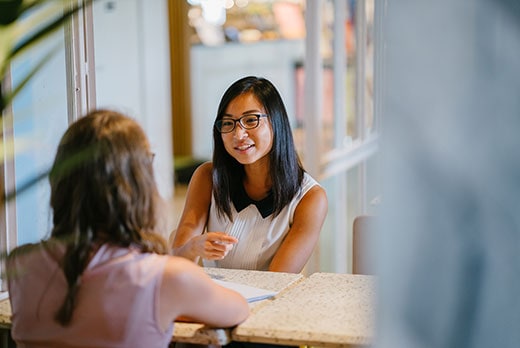 How to Negotiate a Salary and Job Benefits

Negotiating a salary can be intimidating, especially for your first job after college. Check out these tips from Discover Student Loans on salary negotiations and counteroffers to help you land a great benefits package.