5 Tips for Living With a Roommate After College

Living with roommates after college has its perks; it can mean a potentially lower cost of living if you're splitting expenses with someone (or several someones). If you've only ever shared a dorm room before, however, living with a roommate post-graduation may take some getting used to.

"In college, you're really looking for someone who matches your lifestyle," says Ian Michael Davis, a credit risk analyst who lived with roommates after his college graduation.

You may have the same circle of friends or class schedule, for instance, or be friends yourselves. "It's a relationship strongly centered around social interactions," he says.

But once you're in the real world trying to build a career and officially become an adult, the focus shifts.

"You're looking for someone responsible who's able to help you keep a stable home — whether that means respecting shared space or simply knowing they'll make their rent payments on time," Davis says.

These tips for living with roommates can make sharing space after college easier for everyone involved.

An important discussion to have when living with roommates centers on where your personal boundaries lie.

Paul Burke, CEO and co-founder of roommate finder app RentHoop, says to start with your deal-breakers. Burke, who also lived with roommates says that in his experience, the most common things renters tend to object to include being messy, bad hygiene and smoking. But your deal-breakers may be completely different.

For example, you may have a pet peeve about roommates borrowing your things without asking or having guests over without discussing it with you first. Or your roommate may not be cool with you bringing a pet home out of the blue or staying up until the wee hours.

"A lot can be gained by talking about these boundaries ahead of time," Burke says, "erring on the side of respect and courteousness and bringing things up before you get resentful."

Consider writing up a written agreement if you think you need one. Davis and his roommates took a more relaxed approach but he says he has friends who are only comfortable living with roommates when boundaries are spelled out in writing.

"In either scenario, it's extremely important to be as honest as possible about what you're comfortable with in terms of space and behaviors in your home," Davis says.

How you'll handle cooking and cleaning duties is something else to cover when living with roommates. Sharing your schedules, habits and preferences can make it easier for you and your roommate(s) to find a system that works.

Davis, for example, wasn’t comfortable sharing grocery shopping or cooking responsibilities with his roommates because of his individual dietary restrictions. And when he cooked, he made sure to clean up after himself right away so as not to leave a mess for his roommates.

When it comes to chores, a system he's seen work with his friends who have roommates is a chore wheel, which assigns chores to different housemates on a rotating basis. "It ensures all roommates have a role clearly defined and prevents one roommate from always doing one particular chore," Davis says.

Other chore tips for living with roommates include giving one another a heads-up if one of you is going out of town and doing certain chores, like yard work, together.

3. Tackle the Financial Side

The upside of living with a roommate is that you can share expenses, which can help you save money. Rent and utilities can be divided equally between all roommates. You can decide together if you want to share costs for food or toiletries equally or pay for those individually.

Both Burke and Davis used a mobile payment app to manage expenses with their roommates. That can simplify things and save time since these apps typically allow money to be transferred from person to person in one to two business days.

"We had one roommate handle the communication with the property management company, as well as bills, so he’d let us know when things were due," Burke says. He and his other two roommates paid their share through the app and the first roommate used the money to pay the bills.

Davis says you may want to have a backup plan if your roommates aren't comfortable paying through an app or your landlord prefers a check to mobile payments. For instance, one person could be responsible for paying all the bills from their account and collecting each roommate's share in cash.

Living with a roommate usually won't hurt your credit, unless your roommate fails to meet their obligations under the lease agreement or keep up with their part of bills that are in your names. If your utility bill goes unpaid, for instance, it could be sent to collections which could land on your credit report.

Davis says roommates can avoid that kind of situation by creating individual and group budgets for individual and shared expenses. He suggests using a budgeting app to keep track of what you're spending and to make building an emergency fund a priority. That way, if you can't pay your part of the bills one month (or your roommate can't for some reason), you'll have cash to fall back on for those expenses.

Last on the list of tips for living with roommates is having an exit strategy. You may not want to live with a roommate forever, after all.

A good time to talk about exit strategies is when you're signing your lease initially. While a one-year lease is typical, one or both of you might be more comfortable with a six-month lease or even a month-to-month lease instead, which is more flexible. On the other hand, you may be OK with a longer lease if you both know you're staying put for a while.

It's also key to talk about what might happen if one of you has to break the lease. What if your employer wanted to transfer your position to another city unexpectedly or your roommate met someone and decided to get married, prompting a move? Would the person who’s leaving make good on the remainder of the lease agreement and continue paying their part of the rent? Or, if the lease allows for a switch in roommates, would they be responsible for helping to find a replacement roommate?

Discussing these scenarios can make the eventual transition from living with roommates to living without them a smoother one.

It's All About Communication

You may have just one roommate after college or live with multiple people but the quality of your experience hinges largely on how well you communicate with one another. Consider holding a monthly meeting with your roommates to go over the bills, cover cleaning schedules or revisit boundaries. Regular talks can help smooth out any wrinkles and resolve potential conflicts that might crop up when living with roommates. 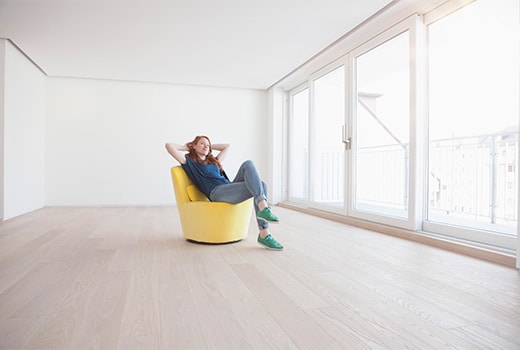 Strike out on your own: tips for renting your first apartment

Living alone for the first time is an exciting step in adulthood. However, there's a lot to consider with costs and leases when renting your first apartment. Get tips from Discover Student Loans on how to strike out on your own. 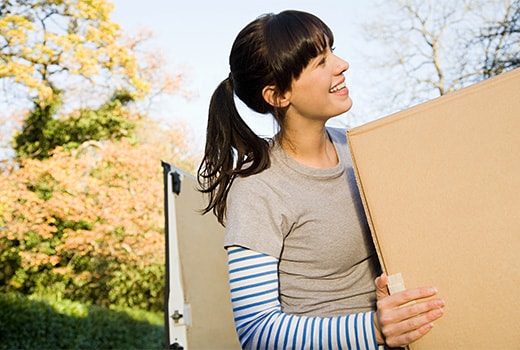 How to decide if relocating is the right move

There can be many benefits to relocating to a new city after college, like career advancement. But there are also many factors to consider when relocating after graduation. Discover Student Loans offers basic tips to help you figure out if moving is right for you. 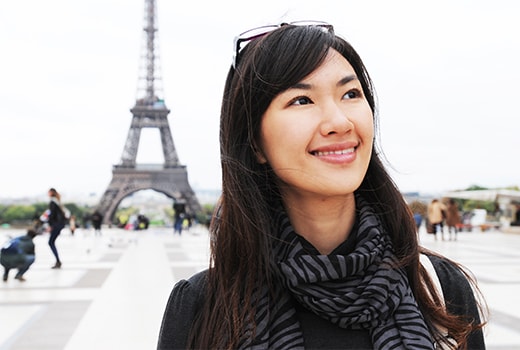 How to travel on a budget

Traveling when you’re just starting out may seem tricky to do without busting your budget. However, you can find affordable options to build your dream vacation. Check out these tips on how to travel on a budget from Discover Student Loans. 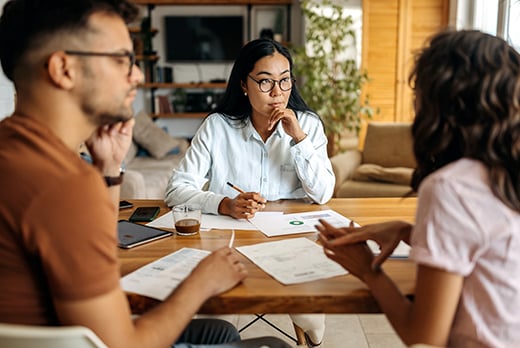 Paying off student loans vs. saving money: which takes priority?

Should you pay off your student loans early? Or should you save instead? To decide how to balance both of these financial goals, ask yourself these questions from Discover Student Loans. 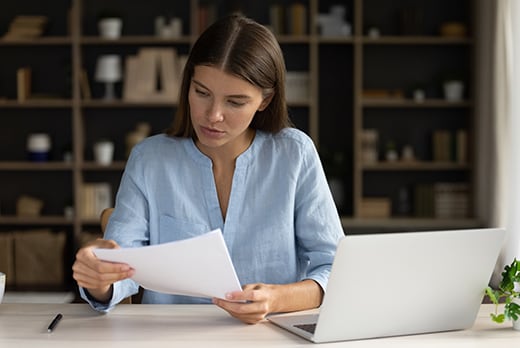 What are student loan deferment and forbearance programs?

Learn about and understand the difference between loan forbearance and deferment of student loans with the help of Discover Student Loans. 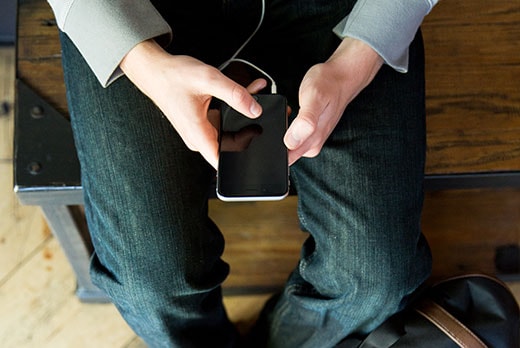 See which strategies help you pay off your loan early and reduce the total cost of borrowing. 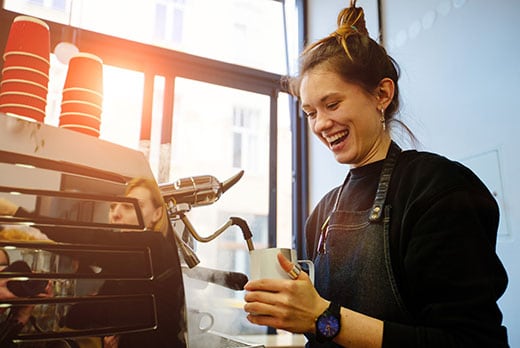 How I Graduated College Without Owing a Cent

While loans are a viable option for paying for college, there are ways to avoid student loan debt. Discover Student Loans shares how you can graduate without owing a cent. 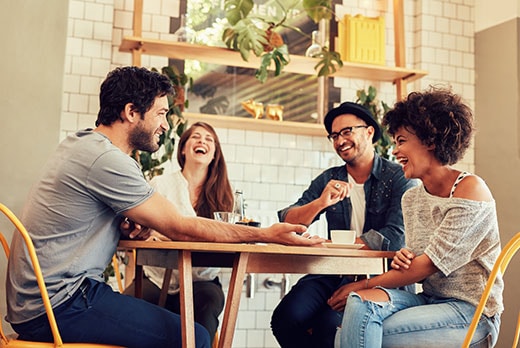 Life after college brings many social opportunities, making it easy to blow your budget. However, Discover Student Loans can help you find a balance between enjoying your social life and managing personal finances.