Who Should Pay for College After Divorce?

Most parents worry about their ability to cover higher education costs for their children. That issue becomes even more complex when parents divorce. While married or single parents can choose to contribute to their child's educational costs, it can be another story for divorced parents subject to court orders or settlement provisions. For divorced parents, the issue is not just how, but who.

Rules differ by state, but some states, including Utah, Washington and New York, allow judges to require non-custodial parents to contribute to their child's higher education costs. Other states, such as Alaska and New Hampshire, don't require parents to pay for their child's college education and judges typically will not order a parent to do so unless the parents had a previous agreement. Therefore, in some cases higher education issues will be considered by the judge, while in other cases, the parents will come to an agreement within the divorce settlement.

Get It in Writing

Along with issues such as property division, child custody and spousal support, your divorce settlement may include details such as:

Who is responsible for paying?

Will one parent cover 100 percent of the expenses? Will the parents split the costs equally?

How many years are covered?

A 2014 study by the non-profit organization Complete College America found that more than half of college students today take more than four years to complete an undergraduate degree. You can consider setting a cap on the length of time you are obligated to cover tuition, room and board and other college expenses.

Is there a cap on expenses?

According to the National Center for Education Statistics, the cost of tuition, fees and room and board at a private non-profit institution averaged $41,970 for the 2014-2015 academic year, a 25 percent increase over the prior decade after adjusting for inflation. With the costs of a college degree rising, it may make sense to agree to an appropriate cap on expenses. A common method is to use your state's university as a baseline. For example, you could agree to pay 75 percent of the maximum amount charged by your state university, including room and board. The rest could be paid for by the other parent, paid for by the student or covered by financial aid, student loans or scholarships. Establishing such a cap can help ensure that you aren't legally obligated to cover more than you are financially able if your child chooses an expensive university.

You can always revisit these issues down the road as your child gets older and your financial situation changes, but having a written agreement in place from the beginning can serve as a guideline going forward.

Expect the Best, Plan for the Worst

Securing money in these types of accounts limits the temptation for one parent to "borrow" from easily accessible savings accounts. After all, you don't want to reach your child's 18th birthday to find out that their college fund has been depleted to pay for living expenses or legal bills.

It's also a good idea to include a requirement for life and disability insurance with limits sufficient to cover college expenses. This ensures that the student's education is covered in the unfortunate event of a parent's death or disability.

A common question for parents opening a 529 plan is what happens if the child does not go to college? In that case, you have options:

Keep it in the plan.

You can change the beneficiary to another member of the family or roll the funds into a sibling's plan without tax consequences. Many parents choose to pursue additional education after their kids are out of the house, so the excess 529 funds can be saved for that purpose as well.

If you withdraw money from a 529 Plan for non-education expenses, you'll have to pay tax and a 10 percent penalty on the earnings in the plan, but you'll never owe tax on your contributions to the plan. You can avoid the penalty if your child doesn't need the money because he or she received tax-free scholarships, grants or employer-paid educational assistance. As long as your withdrawals during the year are not more than the amount of the scholarship, you will pay tax on the earnings but will not owe a penalty. You'll want to hold on to letters or other correspondence documenting the amount of scholarships, grants and educational assistance received to support the penalty-free withdrawal

If No Agreement Is in Place

Divorced parents who don't have an agreement in place can try to work out an agreement when the child is ready to attend college or take the matter to court. Depending on the laws of their state of residency, a judge will evaluate each parent's education level, available assets and income to determine if one or both parents will contribute.

Talking about finances can be a challenge for any couple, especially those going through a divorce. Still, it's important to discuss your child's education and work out an agreement that makes the best financial sense for your family. Get a head start on hashing out some of these issues during the divorce negotiations so you can plan and save for your child's college education as soon as possible. 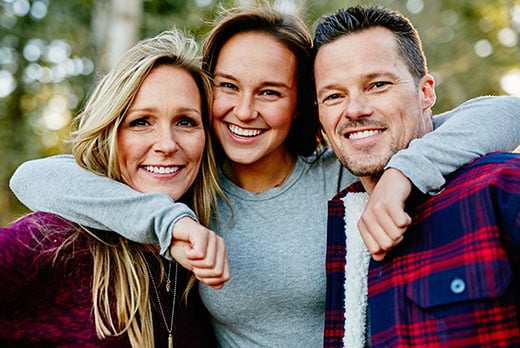 Budgeting for Your Child's College Visits 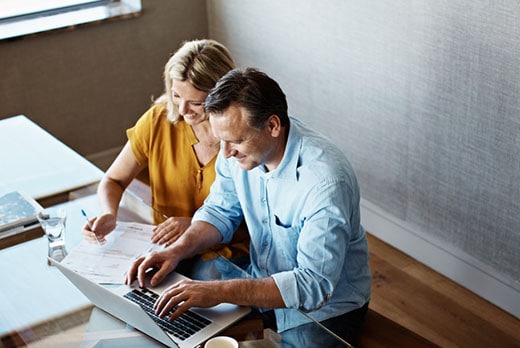 Find out which tax credits and deductions may be available to individuals and families who pay for higher education expenses. 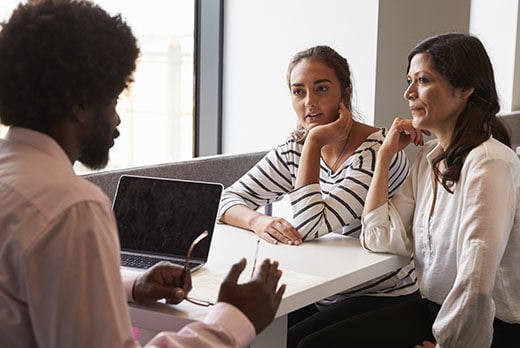 Before you cosign a college loan, get a look at these tips and strategies for student loans cosigners. Learn how cosigning a student loan will affect the parent's own credit. 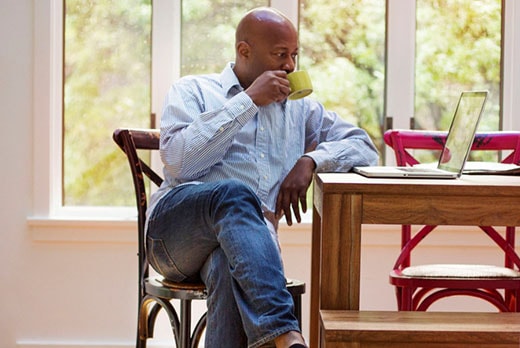 Saving for College with a 529 Plan

However old your child is, now is the time to start saving. One way that many families prepare to save for college is through a 529 Plan. A 529 plan, named after section 529 of the Internal Revenue Code, is a tax-advantaged way to save for future qualified college expenses. 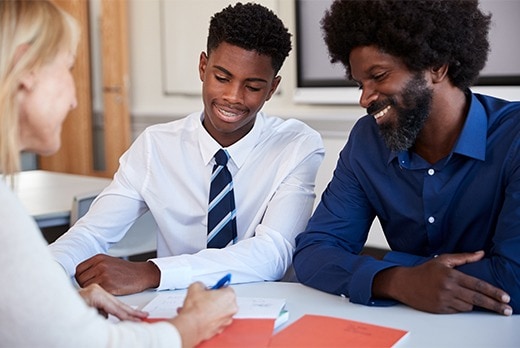 What Parents Can Teach Their Kids About Finances Before College

Whether you're helping your student pay for college tuition or teaching them to budget, it's important to help them understand finance basics before starting college. 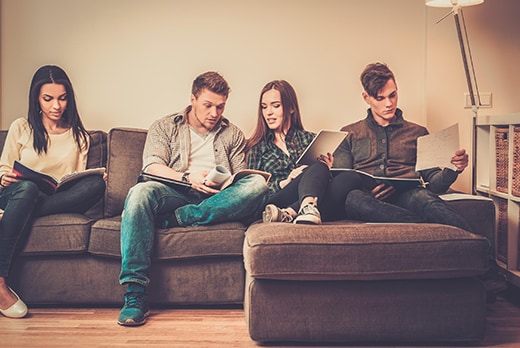 9 College Costs You Forgot to Budget For

Explore 9 costs of attending college you may have forgotten to budget for. Beyond tuition, meal plan and room and board, these costs add up. 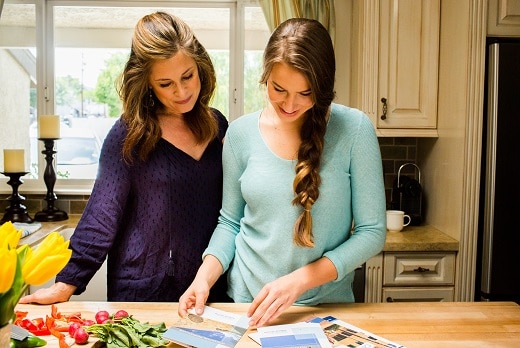 Find out about the options available if you can't afford college for your child. After scholarships and grants, learn how student loans can help. 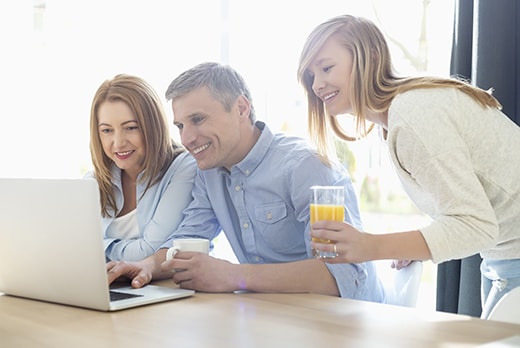 How the New Tax Law Affects Paying for Higher Education

With passage of the new tax law, will your student loans or access to higher education tax benefits be affected? Find out more about the new tax law.