Emotional Finance: How to Cope With Credit Card Debt 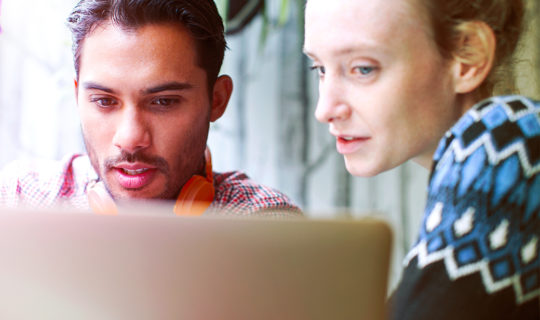 Emotions around having too much credit card debt can affect even the technically savvy. “I’ve certainly been there,” said Matt Schulz, a senior financial analyst at Austin, Texas-based online credit card marketplace CreditCards.com. “When I was in my twenties, I had about $10,000 in credit card debt and my then-girlfriend, now wife, didn’t know how much I had.”

Schulz said he worried how his future wife would react and wasn’t sure how to tell her. “One day I had to come clean and say, “Hey, just so you know, I have $10,000 in credit card debt. I’m not real proud of it but that’s where things are,'” Schulz recalled. “I’m glad she didn’t run screaming but I was certainly nervous that would happen.”

One way consumers can deal with credit card embarrassment is simply to force themselves to confront and, if necessary, reveal – at least to themselves – how deep in debt they are. “No one wants to look at the bills when they come in the mail, but credit card bills are a different ball game,” said Alexander Joyce, CEO of Carmel, Indiana, retirement income financial planning firm ReJoyce Financial.

Although facing a financial problem can be difficult, it may also be necessary, Schulz agreed. “About the worst thing you can do if you have a bunch of debt is to do noting and wish it away. That’s just going to make things worse.”

Joyce advised being open about credit card debt with significant others as well as ourselves. “Instead of hiding it, let’s talk about it,” he said. “As opposed to not knowing your rates on that card, or not knowing the balances on those cards, let’s be in the know.”

Once consumers are emotionally prepared to face debt, they can act to ease their debt burden. “Recognize the problem then begin implementing simple steps to change behavior and habits,” said Jason Labrum, a certified financial planner and founder of Labrum Wealth Management in Carlsbad, California.

Labrum advises consumers first rein in spending by creating a budget and cutting expenses until they are spending less than they make. “This will feel amazing when your income exceeds your spending,” he said.

Next, try to refinance debts at more favorable rates. This will reduce interest charges and make payments go further. One way consumers can do this is with debt consolidation loans. Labrum said a phone call could also do the trick. “Call the credit card companies and try to negotiate a better rate.”

Other steps including not using credit cards for new purchases and dedicating all free cash to paying down debt. “Once you have paid off the credit card set up an account to save for emergencies,” Labrum added. “Once you have an emergency account, set up an investment account for your future.”

Schulz said once he faced up to his higher interest credit card debt it took several years of controlling costs and devoting every spare dollar to debt reduction. “I literally put every cent that I had that wasn’t going toward some other bill toward credit card debt,” he said. “It wasn’t a very fun few years, but it’s all worth it once you finally dig out of that hole. It feels like a giant boulder lifted off your chest.”

Mark Henricks writes about personal finance, business, technology and other topics for many leading publications.