Can Mindfulness Help You with Debt Management Programs? 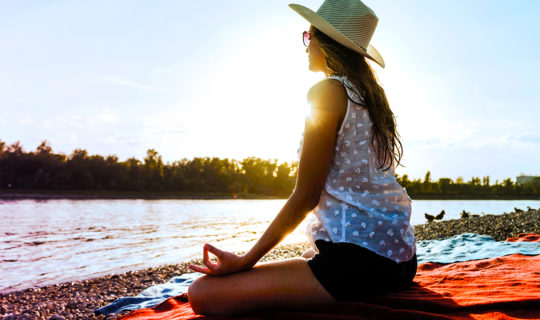 If you think money know-how is all you need to manage your finances, think again. A recent research study indicated that mindfulness – or lack of it – was a more powerful factor in deciding whether people successfully completed strict debt management programs or dropped out before the end.

“Temptation’s itch: Mindlessness, acceptance, and mindfulness in a debt management program,” published in 2017 in the Journal of Business Research, told how researchers followed 100 people through 12 weeks of a debt management program. The program required participants to follow stringent budgets for three to five years, during which they had to resist temptation to overspend.

Each week, study participants were asked to write stories about how they dealt with temptation the previous week. Tales were analyzed to identify the storytellers as one of three consumer types: mindful, accepting and mindless. Then researchers watched to see how each type did.

Results were striking. “People who were mindless tended to drop out of the program,” said Stephanie Dellande, a marketing professor at Menlo College in Atherton, California, and one of the researchers. In fact, a majority of mindless-tagged participants failed to follow through to the end.

“People who were accepting, while they struggled, did succeed in the long run,” Dellande added. To be precise, more than 70 percent of these participants completed their program. Then there were the 30 mindful participants, all but one of whom successfully finished the challenging debt management program.

Mindfulness, according to this study, was practically a magic bullet for managing debt.

1) First, they’d recognize red flags and situations in which they were likely to overspend.

2) Second, they’d plan ahead for spend-intensive occasions, such as birthdays.

3) Third, they’d remind themselves of core values, such as avoiding overspending in order to provide for family.

These themes, along with others that weren’t helpful, popped up in the stories people would tell themselves about purchasing decision experiences. Interestingly, the study found that using specific words in the stories was connected to either overspending or restraint.

Mindless subjects tended to try to justify purchases. Their stories described how a particular purchase was warranted despite the fact that it would blow the budget. They used words like “entitle” as well as “deserve” in stories.

Accepting people focused on needs versus wants to help them stick to budgets. They described struggling to resist purchases because they “didn’t really need” them or they were “luxuries.” They didn’t feel good about denying themselves, but they did it.

Mindful participants, however, both controlled spending and felt good doing it. They fended off temptation by emphasizing core values and pursuing long-term financial goals such as paying off bills when considering a purchase. Their stories tended to use words like “victory” and “success.”

The study suggests that people working to control spending may be able to improve the odds by changing the way they talk to themselves and even words they use when thinking about purchases. The longer they do, the easier it may get. The authors state that research indicates that over time these types of actions become automatic.

What Finance Experts Have to Say

Outside academia, personal financial advisors are sometimes frustrated by clients who, despite learning about budgeting, still can’t resist temptation. Lynn Ballou, a certified financial planner with EP Wealth Advisors in Lafayette, California, said the study’s findings made sense based on her experience.

“It sort of pulled together a lot of things I suspected but didn’t have any evidence for,” Ballou said. “It resonated with me that there are reasons why I can help some people and there are others I can’t seem to make an impact on.” Ballou considered whether clients struggling with spending despite improving their financial literacy could benefit from psychological counseling in addition to financial advice.

For instance, using a savings account rather than a credit card for potentially over-budget purchases, especially if it could mean maxing out the card. “We don’t think the same way about taking money from savings as we do about deferring future payments with a credit card,” Duran explained.

Dellande said the most important finding of the study is that financial literacy is not enough to consistently drive personal financial success unless it’s paired with mindfulness. “Education and budgeting are indeed needed,” Dellande said. “But we found something beyond that.”

Looking for more debt management tips? Read our post on How to Pay Off Debts Faster.

Mark Henricks writes about personal finance, business, technology and other topics for many leading publications.