How to Manage Debt at Any Age 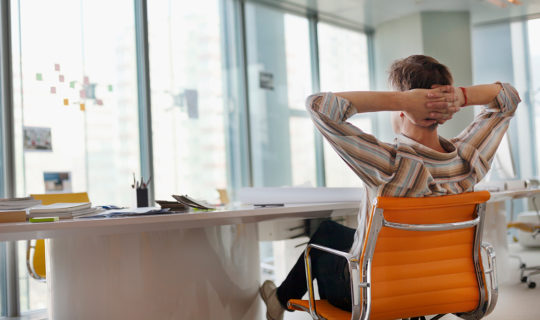 Borrowing can be an important financial strategy at any age, but people tend to change the way they borrow as they get older. Different generations may carry different amounts of debt and borrow for different reasons.

Baby boomers, for example, are the fastest growing segment for student loan debt, according to Generational Borrowing Habits, a report from San Antonio-based marketing company Harland Clarke. Student loan debt held by borrowers 50- to 80-years-old more than doubled during the past 12 years, Harland Clarke found.

Money.com published the following breakdown by age group of how much debt Americans owe overall, in April 2018:

Why Age May Affect Borrowing Habits

Generally speaking, after entering adulthood with little or no debt, many 20-somethings can tend to rapidly accumulate debt for the first time (outside of student loans), says Katherine Lucas McKay, financial security program manager for The Aspen Institute, a Washington, D.C.-based nonprofit think tank that produced a study called Consumer Debt: A Primer in 2018.

Those years of young adulthood are, for many people, the time when salaries can be the lowest of their careers since they are just starting out. This is happening around the same time they may begin to face rising expenses as they buy their first homes or have children, McKay notes. Borrowing peaks for many in their mid-30s, McKay adds. After that, people start gradually paying off debt, a trend that accelerates as they get closer to retirement.

“That all makes sense based on where people are in the course of life, how income grows and how people want to prepare,” McKay notes. This trend of debt starting low and swelling mid-life before it tapers off as retirement approaches generally holds true for people of all generations, from the oldest members of the Silent Generation to the youngest Gen Z group.

However, there are significant generational differences with debt management. Baby boomers, for instance, have higher mortgage debt at their age than the earlier Silent Generation born around the Great Depression.

“That’s about refinances,” McKay says. Baby boomers are more likely to have taken cash-out home mortgage refinance loans that extended the number of years it would take to pay off mortgages. “While their life cycle curve looks pretty normal, that rapid paydown of big debt at the end has changed,” McKay says of the boomer generation.

“The Gen X pattern looks pretty similar, although student loan plays a bigger role and their housing experience was a little different,” McKay says. Because these consumers are younger, it’s not yet known how well they’ll follow the usual trajectory of reducing debt as they approach retirement, McKay adds.

Millennials, who came along just after the Gen Xers, are also likely to diverge from the pattern. That is thanks in part to more student loan debt but also to rising mortgage interest rates, McKay says. “You’ll have a greater proportion of this generation with more debt per person,” she says.

Consumers in their twenties are advised to stick to a budget, track expenses and cut back on excessive spending. “Make every effort to pay down student loans while other expenses such as mortgages and children are at a minimum,” Ross says.

“In your thirties, keep your credit card balances low and be aware of your debt-to-income ratio because it has a big impact on your credit standing,” Ross adds. “Good credit is key to securing a low interest rate for mortgages.”

As consumers move into their forties, they should cut back on discretionary spending and direct more into savings, Ross advises. “You should be reevaluating your financial goals, investments and retirement goals,” she says. “Dial back the risk level.”

In your fifties, it’s smart to pay down major debts as fast as possible, Ross says. “The less debt you have, the less money you need to retire,” she notes. “Eliminate credit card debt, student loans, auto loans and home mortgages. Adjust your repayment schedule to pay more towards the debt with the highest interest rates to get rid of your total overall debt faster.”

One way to eliminate high-cost credit card debt, of course, is to pay it off with a personal consolidation loan. These loans generally feature lower interest rates than credit cards. And, importantly, they have fixed monthly payments on a schedule designed to completely pay off the personal loan within the foreseeable future. We wrote an article about the way personal consolidation loans can help by putting a time limit on debt.

As retirement approaches, people should continue to pay down debts in order to free up money to pay for expenses after they’ve stopped working, Ross says. “If possible, wait until the most beneficial time to begin withdrawing from 401(k), IRA and Social Security accounts to avoid fees and penalties,” she adds.

While some general advice applies to many consumers, not everyone’s life experience will track the averages. Unexpected emergency needs, differing educational costs and other variables can influence how consumers can and should deal with debt at different phases of life.

For instance, in their twenties consumer will need to balance taking on debt with building an emergency fund, Ross says. “If you have lots of student loans, an option is paying those down and living with your parents. It’s really important to not get a poor credit rating or have debt in collections because this could prevent you from getting a job or apartment,” she says.

Thirty-somethings often earn more than younger workers. But mounting expenses for home purchases, raising children and saving for retirement mean debt can rise rapidly during this decade. So it’s still important not to rely too much on borrowing, Ross says. “You should start saving and building your assets.”

Ross suggests people in their forties use life expectancy calculators to help them decide how much they’ll need to save for retirement. “Tweak how you pay down your debt in addition to saving for retirement,” she says.

In their fifties, the balance between paying down debt and saving for retirement becomes even more important, Ross adds. “Once your debts are paid off, put those old mortgage or car payments into retirement savings every month,” she advises.