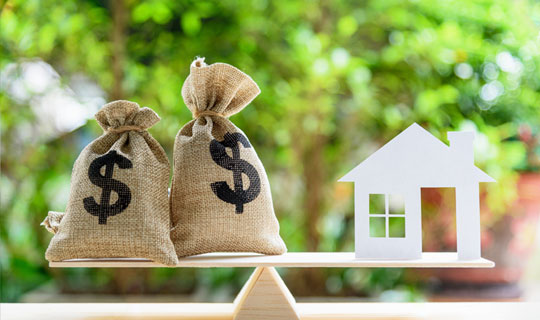 As the name suggests, household debt is defined as the combined debt of all people residing in a single household. This includes both consumer debt, such as credit cards and personal loans, as well as mortgage loans.

Taking this one step further, the household debt ratio is the amount of debt payments divided by gross personal income.

It goes without saying that the average person aims to have a household with collective earnings (i.e. income) that is greater than what they owe in debt. When this happens, you have enough money to cover your debts every month. Conversely, if your debt outweighs your income, your household is running at a deficit.

Is Household Debt to Income Improving?

According to data from USA Today, U.S. household debt reached as high as $12.68 trillion in 2008. While banks had increasing debt, this number shows that many households did as well, due in large part to securing mortgages they couldn’t afford.

While U.S. household debt continues to climb, factors such as inflation, income, and population growth show that ratios aren’t as high as they were more than 10 years ago.

In fact, when you take these factors into consideration, the household debt-to-income ratio is 30 percent lower than it was in 2007.

The report also notes the following:

An August 2018 report by MarketWatch shows that households are better equipped today to handle debt than ever before. Here’s an excerpt showing how things have improved over the past 16 years:

“With personal disposable incomes at a $15.46 trillion annual rate in the quarter, the debt-to-income ratio dipped to 86%. That’s the lowest, by an admittedly small amount, since the fourth quarter of 2002. At the height of the credit bubble in 2008, debts topped at 116% of disposable income.”

When compared to where things stood 10 years ago (in 2008 and 2009), consumers are in a much better position in regards to their debt-to-income ratio.

How to Deal with Household Debt

Even with things moving in the right direction, you may have some concerns about your debt-to-income ratio and ability to stay ahead of your bills.

Here are some tips for better dealing with household debt:

For example, if you have various types of consumer debt, getting a personal loan can help you consolidate with the idea of potentially saving you money on interest. A personal loan can also help you better manage your bills with a simplified single monthly loan payment versus juggling multiple higher interest debt payments each month.

Now that you have a better understanding of the household debt ratio, you can compare the average to where things stand for you. Even if you’re happy with your progress over the years and current financial situation, you could still search for ways to improve in the months and years to come.